The stigma of the moral holiday has grown into something that is out of control, in my opinion. I happen to be Scot-Irish, and I can tell you for a fact that my Scottish and Irish ancestors would be horrified at what St. Patrick’s Day even is. First of all, they wouldn’t drink any alcoholic anything. It was medicine if it were ever used at all. Secondly, the racist, stereotyping of the Irish people as immoral drunkards would go beyond an offense. These are the people who would have protested in the streets and then raided, and dumped, all the alcohol in the area. These were the days of the Women’s Christian Temperance Union (WCTU).

It’s really surprising how secular our holidays have become within my own lifetime. St. Patrick’s Day had everything to do with being a Catholic holiday and virtually nothing to do with the godless version of today celebrated by everyone. But if you were to ask any of the partaker’s of these festivities, you may be surprised that no one actually knows why the day is celebrated or who St. Patrick is.

Patrick had lived during the 5th century and was from the area of Britain, being the lower half of the island. He is regarded as being the patron saint of Ireland by the Catholic church, and since most of the Irish were Catholic, this makes the celebration of Saint Patrick’s Day a Catholic one.
The shamrock grows all over Ireland and was used by Patrick to explain the mystery of how the Holy Trinity is 3 persons, yet one Being. In the same way, the shamrock has 3 different leaves but all come from the same stem.

The reason for the date of March 17 is said to be the date of his death, on March 17 in the latter half of the 400’s.This puts celebrating March 17 in slightly different perspective, doesn’t it?
When you consider that American’s are taking a holy day of remembrance and observation for the death of a patron saint of another country and they are celebrating it through an immoral means making a mockery of the entire day. I feel that our American culture has taken a turn for the worst by allowing our history, culture, and other things which are actually sacred to our own heritage and slander it with sacrilege.

I am not Catholic either. What I see is the desecration of our history and holidays through secular perversion. I find this to be upsetting. You should too. Even though I am not Catholic, there are over 1 billion people on Earth who are. We become offended when other countries disrespect symbols of our nationalism, is it right that we have, through decades of slow acceptance, done the same thing? Over 34 million people in the United States claim Irish heritage and over 78 million are Catholic. We have reason for it to be on the calendar, but no reason to celebrate it the way we do. 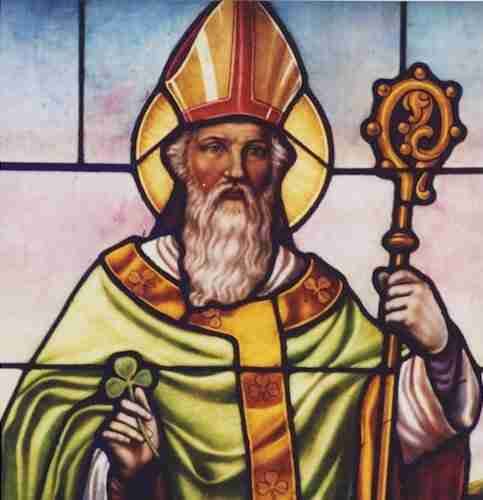 0 0 0 0
Previous : The Evolution Double Standard
Next : The Value of Pictures
Kevin Ralston